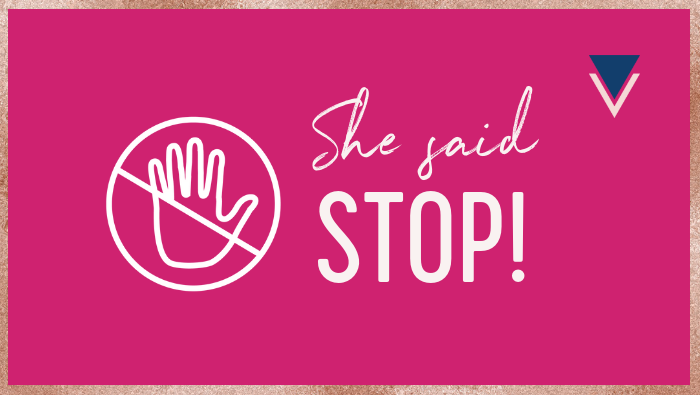 It finally happened… I’ve heard many stories of a nurse or doctor not stopping a vaginal exam even when the mom is yelling stop. But it never happened to me until now, almost six years of doula-ing. The Dad wasn’t nearby enough to act fast, so I did. Frankly after all these years there’s little that can force me outside of my doula role and speak for a client aggressively. I’ve gotten pretty creative to work around having to do that. But when I have a client who’s a survivor of childhood sexual abuse, and you’re shoving your hand in her even harder after she’s screaming stop – I’m going to cross the line right over too. I raised my voice, but didn’t yell. And I said, “she said stop.” The nurse said “I have to…” I interrupted and said “she said stop, take your hand out of her vagina right now, she said stop!” The nurse complied but was so angry with me she told me I have to leave. Thankfully, the Dad pipped up and said “no you leave.” In the past a situation like this would have had my heart racing and made me very afraid. But I’m grateful for the experiences I’ve had because I was able to calmly go over to the nurse station afterwards and say to her, “hey I want to make sure we’re okay can we please talk this out.” Of course the nurse was still blowing smoke out of her ears and not wanting to talk to me. But I was still able to explain this mom is a survivor and she asked me to protect her from further trauma. The nurse said, “it doesn’t matter you don’t act like that in a hospital.” And I just reiterated, “but she said stop.” Thankfully, the rest of our experience there was pleasant and I believe the nurses were even over compensating with how sweet they were for this first nurse experience. My client went on to overcome a very typical survivor-type apprehension with pressure and second stage, and I believe it brought healing to see her push through fear and still birth her baby without anesthesia or an epidural – the way she wanted.”

What you’ve just read is an account by a doula about a birth she attended in December 2018, originally posted in a private group for doulas and shared with permission here.  I would like to point out a few things about this story.

1. This is normalized assault and battery, also known as “obstetric violence.”

Obstetric violence is normalized mistreatment of women in childbirth, which this story describes.  There is no recognition here of the birthing woman’s human or legal rights over her body (to say, “No” to any kind of touch) or her healthcare (to receive full information about the risks and potential benefits of the exam and make a choice whether to allow it or not).

It is clear from the doula’s story that the nurse’s behavior was normal for her.  When the doula pointed out the person with the hand in her vagina was saying, “Stop,” the nurse replied with, “I have to.”  The nurse was angry in that moment and afterwards.  The nurse clearly believed that her professional duty to make this assessment overrode the woman’s consent, and stopped only when the doula insisted.

On the original thread, I stopped counting after 20 replies from doulas saying, “This happened to me,” or, “This happened to my client.”  They described everything from a provider about to do a non-consented vaginal exam and stopping when requested, to women screaming and clawing away from the provider and being held down as they were forcibly subjected to these exams.  I share these anecdotes here without specific permission only because they are not unique–I have spoken with countless women who have described these exact same scenarios.  (See “Letter to an Obstetrician: Forced Vaginal Procedures are Unethical, Traumatic”)  I have reached out to hospitals and helped women reach out to their hospitals following forced cervical exams and membranes strips, to be universally dismissed by hospital representatives who–wrongly–maintain they do not need women’s consent for procedures during birth, and do not believe women have the right to revoke consent once it is given.  (See “Being Admitted to the Hospital or Signing Consent Forms is NOT Implied Consent”)

Contrary to what these providers and administrators believe, everyone has the right to say, “No,” in Labor & Delivery.  This is a human and legal right.  The national obstetricians’ group reminded its members of this in its 2016 ethics committee opinion “Refusal of Medically Recommended Treatment During Pregnancy,” which included this statement: “Pregnancy is not an exception to the principle that a decisionally capable patient has the right to refuse treatment, even treatment needed to maintain life.”

2.  This is a sexual assault for this woman.

A sexual assault survivor is screaming stop while someone forces their hand in her vagina.  This is sexual assault.  It does not matter to the person having the hand forced in her vagina that the context is a medical one. It is her body, and it is being violated by someone who is not listening to her scream, “Stop!”

Whether someone is a survivor of sexual abuse/assault or not, this could feel like a sexual assault.  (See the video for “Birthrape and the Doula”)

3. Note this sentence from the nurse: “You don’t act like that in a hospital.”

The nurse is not talking about her own assault on a survivor, but about the doula speaking up to stop it.  She is chastising the doula for stepping out of the hierarchy that puts the birthing person and doula at the bottom, and the care providers higher up.  This nurse felt empowered to first assault a patient in full view of her husband and support person, and then to instruct the support person (the doula) to leave the room and abandon her client.  It seems that in her view, that IS how you act in a hospital.  To challenge an assault on a patient is how you do NOT act in a hospital.  Again, it is clear that the nurse’s behavior is normal and acceptable for her.

4.  Providers can be well-meaning and caring, and still traumatize a patient.

A provider may genuinely think he or she is being helpful by completing an assessment that they see as valuable; they may believe the procedure is necessary for the patient’s own good; they may be coming from a place of concern.

Unfortunately, good intentions don’t prevent the traumatic effects of assault.  Intent and impact can be very different things–especially on someone who is a survivor of a previous assault.

It can be difficult and emotional, even traumatizing, for providers with good intentions, who believe they are helping people, to realize their actions have traumatized a patient. This realization–that a certain “help” is actually a “harm”–can trigger anger and outrage as well as guilt and grief.

Those of us who have the capacity to do so must make space for the fact that most providers are trained within a system that incentivizes dehumanization.  (See “Physician Trauma: A Doctor Answers, ‘Why Do We Sometimes Do Terrible Things?'”) They are confused and reactive when confronted with something that challenges a belief system in which they have invested their professional lives, money, and identity.  We need to continue having conversations about how we can change this system and how providers can recover their humanity.

5. This is an empowered doula who knows her client’s rights.

This doula was able to confidently stand with her client because she knew her client’s rights.  I will admit that I got a tear in my eye when the doula told me that she knew this was assault because “of people like you.  You’re the reason I can verbalize things I didn’t know there are words for–now I can protect others by calling assault what it is!”  This is why I do what I do at Birth Monopoly.

Because she was empowered, the doula was calm in the moment.  She followed up afterwards to communicate further with the nurse for a teaching moment.  She describes the rest of their experience there as “pleasant” and “sweet” and I will bet this incident caused some behind-the-scenes chatter in Labor & Delivery.  That is a wonderful thing.

On behalf of birthing people and sexual assault survivors everywhere, I want to thank this doula for her calm, strong advocacy in this moment.  She ran an intervention that may have prevented a great deal of trauma to her client.  She made space for the partner to speak up for his wife when he told the abusive nurse to leave the room.  This is a great example of a professional stepping into her role as a valued member of the birth team, putting her client’s needs front and center, and breaking a pattern of abuse that will have ripple effects for every person involved.

Now is the time to get on Birth Monopoly’s email list! >> Starting next week and through the first of the new year, we will be releasing a [free] Quick Guide to Informed Consent as well as other valuable resources for parents and professionals about obstetric violence and legal rights!