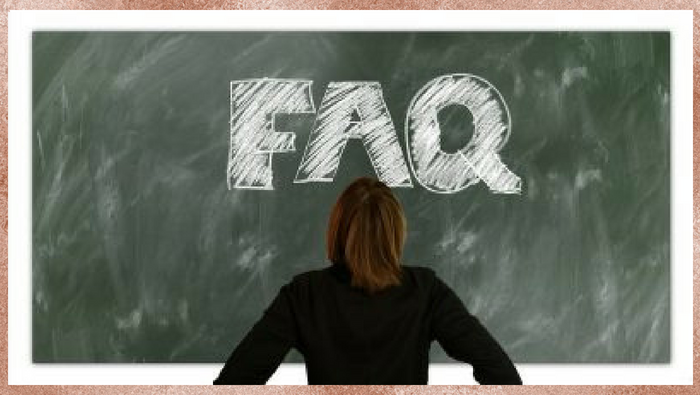 Even in 2017, women’s consent rights in childbirth are disturbingly unclear to the professionals and institutions delivering their medical care.  One aspect is the idea of “implied consent”–a concept mischaracterized by hospitals to a number of women who have contacted me, and sometimes used to justify violations of their dignity and rights.

Specifically, when these women have complained to their hospitals about receiving one or more non-consented or forced procedures in birth, they were told that their explicit consent was not necessary because they had a) agreed to be admitted to the hospital or b) signed blanket consent forms giving the medical staff permission to treat them.  Sometimes these hospitals refer to this, erroneously, as “implied consent.”  The idea is that once the women were admitted or signed those forms, they should no longer have had the expectation that the care team must obtain consent for each procedure during treatment–including medication, surgical cuts, and procedures performed on and through the vagina–but, rather, expect that the care team had the authority to administer whatever treatment they chose for the duration of that patient’s labor or hospital stay.  Put another way, from the perspective of the hospital, these women had forfeited their rights to informed consent and refusal in order to give birth in their facilities.

This belief by hospitals is wrong, legally and ethically.

First, let’s take a rational look at this idea by pulling it back to all medical care–not just Labor & Delivery.  We can make this comparison because patients are patients, whether they are in the emergency department or in Labor & Delivery.  Patients in Labor & Delivery do not have different, or fewer, legal rights than other patients.  Pregnant or not, you retain your basic legal rights.  (Caveat: there are certain states where fetal personhood laws conflict with this idea and make things a little more tricky, but there is no broad, statutory law that conveys a different set of rights or restricts the rights of pregnant people in the United States.)

Neither is there any law that endows obstetricians or L&D departments with special legal authority over the medical care of their patients who are pregnant.  Obstetricians and hospitals certainly have tried to claim this right in court–for example, in testimony for Malatesta vs. Brookwood Medical Center; or when lawyers defending the hospital in Dray vs. Staten Island University Hospital, et al. argued that doctors do not need to wait for a court order to “override” a woman’s refusal of surgery in labor (that is, that they do not need to respect her right to due process); or when the implicated doctor in Switzer vs. Rezvina argued she doesn’t need to respect pregnant women’s decisions (discussed here).  Despite these claims, there is no general basis for a hospital to argue that implied consent applies in any way differently on their L&D unit or to their pregnant patients than it would to the rest of the hospital or non-pregnant patients.

With that in mind, consider the effect of the idea that admission to a hospital is “implied consent” for treatment: No patient would ever have the right to information about their medical care or the right to say “no” to it.  Informed consent–the basic legal right to receive information and give or refuse permission in our medical care–cannot co-exist with this flawed definition of implied consent.  The concepts contradict each other.

In fact, “implied consent” in medical care is something that is generally understood to apply to emergency situations when the person is both unconscious and incapable of consent (i.e., a person presents at an E.R. with a gunshot wound and then passes out before he can agree to a certain course of treatment).  It is a concept with very limited scope that applies to a limited range of situations–none of which are the very broad scope of pregnancy.

Moreover, says, attorney Farah Diaz-Tello, formerly of National Advocates for Pregnant Women and a specialist in birth law, “Implied consent never overrides non-consent.  So if someone walked in a hospital with a baby hanging out of her vagina, she has implicitly consented to them treating her by seeking help. But the second she says ‘no, stop that,’ they have to stop. She hasn’t consented to every possible thing ever. You might consent by seeking help, but consent is always revokable.”

The idea that consent is always revocable brings us to our next point: the confusion around consent forms and the power they do or do not have.  I have heard pregnant women and medical professionals state that executing consent forms means “signing away your rights.”  In one case of a woman receiving a non-consented membrane stripping during a consented vaginal exam, she was told by a hospital representative, “When you sign the consent for care, that goes from the beginning all the way through until discharge”; in context, the hospital representative was saying that once the patient had signed a consent form at admission, they did not need her ongoing permission to administer medical procedures.  (You can hear the recording of this exchange on Birth Allowed Radio Episode 8 – Woman Records Confrontation with Hospital re: Consent, Experts Refute Hospital Defense.)

This belief is also wrong, legally and ethically.

The American College of Obstetricians and Gynecologists (ACOG), says plainly:

Often, informed consent is confused with the consent form. In fact, informed consent is ‘the willing acceptance of a medical intervention by a patient after adequate disclosure by the physician of the nature of the intervention with its risks and benefits and of the alternatives with their risks and benefits’ (27). The consent form only documents the process and the patient decision.

ACOG is clear that the documentation of informed consent is fundamentally different from the actual process of informed consent–a process based on a constitutionally based idea that human beings own their own bodies, enshrined in a right that extends to their medical care.  We should also remember that consent forms and informed consent are primarily meant to protect the patient.  Something has gone terribly awry when hospitals use these protections against patients, rather than in defense of them.

Indeed, based on my extensive interactions with unhappy maternity care customers, hospitals seem to routinely respond to complaints about violations of informed consent with something along the lines of, “We’re sorry for the communication problem, but your treatment was medically appropriate”–and then claim the patient didn’t have the right to say no to the treatment in the first place (ACOG says otherwise).  I can think of several women off the top of my head who had vaginal exams without their consent, or who consented to the vaginal exam but then had had an additional procedure forced on them in the course of the exam.  For example, in the previously mentioned story documented in Episode 8 of Birth Allowed Radio, the hospital representatives claimed repeatedly to the woman that a membrane sweep (meant to induce labor) is part of a vaginal exam (meant to assess dilation), so she did not have a right to refuse it once she had consented to the vaginal exam.  (This claim, by the way, that an assessment of cervical dilation includes a manual induction of labor, is false. These are two stand-alone procedures with separate functions.)  One representative said to her: “So [the physicians] feel like, you know, their fingers are up in your vagina and you’ve consented to that, so…”

Essentially, this hospital, like other hospitals, justified a physician’s actions by pinpointing the moment they claim the patient no longer has consent rights–the moment the medical professional assumes control of the patient’s body… ostensibly at the request of the patient.

That is wrong from any angle and easily fits a definition of obstetric violence as “appropriation” of the patient’s body.  There is no moment when a patient forfeits the rights of informed consent and refusal, short of a serious medical emergency where the patient is unable to consent.  It is especially alarming when, as in another situation with a non-consented membrane sweep, that hospital defended its physician with an “implied consent” argument even when the woman loudly, explicitly refused the procedure after it started happening.  The hospital used her own prior consent to justify the physician inflicting that humiliation and trauma on her even as she was crying, “No!”  This is simply unjustifiable.

These are foundational legal and patients rights issues, and yet the front line of communications in many hospitals doesn’t seem to have, or isn’t willing to admit they have, a basic grasp of them.  In fact, in both of the specific situations I’ve mentioned in this article, each hospital conducted an internal physician review of the patient’s complaint before responding.  So, it seems that neither administrations nor the physicians at these facilities have a working understanding of the legal and ethical obligations owed to patients for informed consent and refusal.

One hospital representative also said she’d contacted other local hospitals about their consent processes, and they agreed they did not have a consent process for stripping women’s membranes in the course of a vaginal exam.  It’s fair to say, then, that this hospital representative’s major errors about the ideas of implied consent, informed consent, and consent forms are not unique to her or the facility where she works.

All hospitals that provide maternity services should note that women are bringing lawsuits about informed consent violations in childbirth–most recently, the California case where a woman sued her doctor for medical battery following a forced, explicitly refused episiotomy.  Several cases revolving around informed consent and refusal in childbirth have also been resolved in and out of court over the last year or so in Washington, Alabama, and New Jersey.

Informed consent and consent forms protect patients, but they also protect healthcare professionals.  A medical professional should not be held liable for adverse outcomes resulting from a patient’s informed decision about their own medical care, and documentation of a patients’ refusal of treatment is a liability protection for the care providers involved.  If that principle rings hollow to lawsuit-shy practitioners, there are lawyers and experts in the birth rights movement willing to testify to it.

Instead of blaming patients who have been harmed by institutional failures to respect informed consent and refusal, hospitals must look critically at what is happening in their facilities.  They should have written policies and in-house educational requirements based on current, accurate interpretations of care providers’ legal duties to patients, with meaningful feedback loops for patient complaints.  Sometimes, this will mean hospitals need to admit they have been doing it wrong for a long time.  That moment of truth is a small and necessary price for earning women’s trust in future.

For the complete story on one woman’s experience with the “Implied Consent” argument after a non-consented procedure in labor, listen to Birth Allowed Radio Episode 8 – Woman Records Confrontation with Hospital re: Consent, Experts Refute Hospital Defense.

More from Birth Monopoly on the topic of consent during childbirth:
“You’re Not Allowed to Not Allow Me”
“ACOG to Docs: Women’s Right to Say No Comes First”
“Obstetrician Ethics: Awesome Guidelines from the National OBs’ Group“