You Already Have What You Need 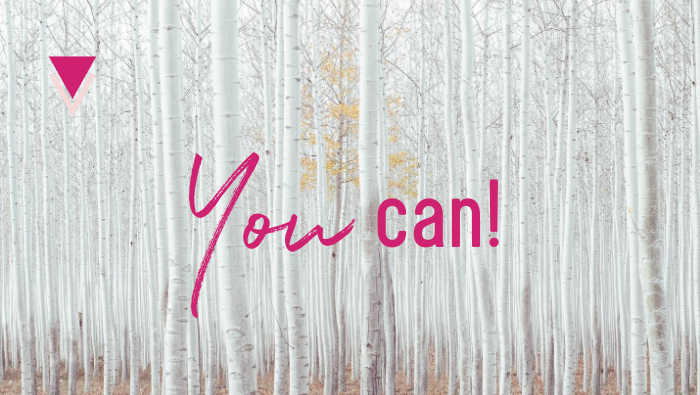 The other day I remembered that when I was 18 or 19, I had an emotionally abusive boyfriend. It’s funny that I had forgotten, but there was so much going on at that age, it kind of got lost in the shuffle.

He made me believe the worst of myself–that I would never succeed, never be able to stand on my own two feet, never amount to anything. Except if I did what he said, I MIGHT be OKAYISH eventually.

He didn’t believe in my potential other than what I could achieve under his control, and when he believed in the worst-case scenario about me, I did too, for way too long.

In retrospect, it’s weird to think I believed him about myself.

But this came up as I was messaging with a close doula colleague who left an abusive husband, and she was sharing how he always reinforced to her that she was nothing without him, that she COULD succeed professionally, but only with HIS direction.

Now her business is doing even better without him, but it took a long time for her to believe that was possible.

Which is interesting, right?

She had the ability to do it all along, but she deeply internalized what he constantly fed her: she could only succeed if she believed in him.

Then she wrote to me:

not knowing their value
worth
their strength”

Why do we have so little faith in ourselves? Why do we quickly agree with people who don’t value us?

Why do we think we need permission to trust ourselves?

I grew up in a religious environment with a lot of sexism–overt and covert. Even after I consciously rejected the idea that all women fit best into a domestic, helper role, I still could not see women as leaders. Just four years ago, I remember being surprised when it made me nervous to imagine a woman as president.

I still believed deep down that women didn’t make good leaders–or that it was a rare exception.

I still thought that a woman couldn’t make great decisions without someone else’s permission or management.

And oh, shit–If I believed that about other women, what did I believe about myself?!

I thought about when my son was little and someone close to me said, “You really need more of a male figure in his life because a woman raising a little boy will only give him a woman’s perspective and he needs more than that.” That made me feel insecure.

Or when I was pregnant using a female midwife and someone told me, “It’s good to have a male obstetrician because they can think more calmly than a woman in an emergency.” That made me feel unsupported.

Or when I was a little girl hearing, “Know your place,” over and over. That made me feel small.

My (happily married) friend Zawn Villines of the Georgia Birth Advocacy Coalition wrote on Facebook about how studies show that marriage is great for the health and professional success of men, while it has the opposite impact on the happiness, mental health, and financial success of women.

And yet so many women willingly choose to enter that institution anyway with men who benefit as they suffer–especially right now as we are expected to do even more with less support.

Zawn also said, “It is possible to have an egalitarian, joyful marriage. And we must emphasize this fact. This inequity is not inevitable . . . But women accept it because, from the time they are infants, we tell them they should.”

Women accept a lot of things because we are told we should.

An unequal marriage or an abusive care provider looks normal to us.

“We can try for a vaginal birth. Your pelvis is small. Your cervix is incompetent. Don’t be a hero. You’re not allowed to do that.”

We are more susceptible to being undermined with lies about ourselves because we’ve been told our whole lives to look outside ourselves for permission and management.

Today, I wouldn’t ever accept the things my boyfriend told me when I was a teenager. They wouldn’t even bother me because I’d think they were so absurd. But truthfully, it took a long time to get to this place.

One of the things that got me here was a different boyfriend who would tell me, “You’re one of the smartest people I know. You’re acting dumber than you are. You could be so successful if you just believed you could be.” A little part of me, thankfully, believed him about me even when I didn’t believe in myself.

And over the last few years, I’ve had the most amazing people put in my path (Hi, Rebecca, Nekole, Jodi, Hermine, Caroline!) who gave me that gift of support, pulling me along when I’ve felt totally inadequate and insecure.

Even when I haven’t believed them, I made a choice to trust them when they’ve said:

Of course you can do this!

Don’t you know you’re great at that?

You’ve never done this before but you are going to do it now.

I believe in you.

Eventually I started to believe those things about myself without anyone telling me!

That was the huuuge shift.

So if you’re struggling with someone who gives you messages like, “You’re not good enough,” “You can’t do it,” “How dare you make a decision on your own,” you don’t have to believe that.

Imagine if more of us believed in our own potential instead of our own worst-case scenario. If we trusted that we could thoughtfully seek guidance from others but ultimately be our own authorities–whew!

I can’t help but think about my midwife completely trusting me as the authority in my birth, and the new feeling of trust I had in myself when I did.

I could always trust myself, but sometimes it helps when someone reminds us we can.

So this is a really long message to tell you:

You are valued and valuable.

You can trust yourself. You don’t need anyone’s permission.

I believe in you!

But I can’t make you believe in yourself—you have to do that part.