A Midwife Changed My Life 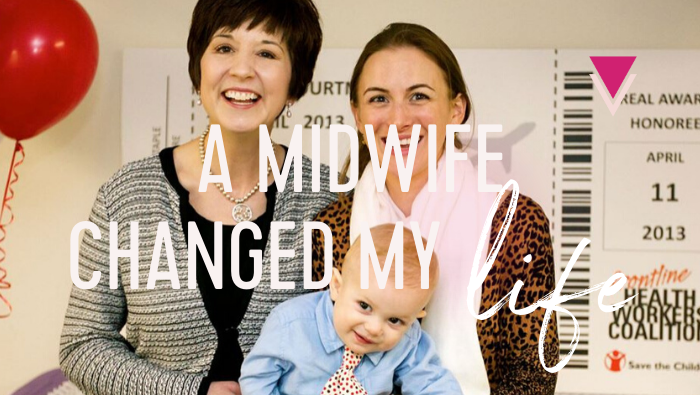 May 5 is International Day of the Midwife.

I remember my very first visit to the obstetrician.  I was young and naïve and alone, and a nurse laughed at me because I didn’t know I was supposed to get dressed after the doctor left the room.  I’d never been before, and no one told me what to do, and I was almost in tears when I left.  My teenage pride was hurt.  That woman had looked right at me and laughed.

It was more than 13 years later that I had an emergency appointment with the midwife who would take everything I’d internalized about birth, my body, and my responsibility as a woman—and dump it on its head.  She would do it by allowing me dignity, respecting me, and, most of all, by showing me compassion.

I was 41 weeks, 6 days pregnant with my first baby, and healthier than I’d ever been.  That morning, I’d been told by a different provider that I must be induced the same night because my pregnancy could not go one day past 42 weeks.  And because the hospital couldn’t fit me on their schedule the day I hit 42 weeks, I needed to come in the night before.

This was devastating to me.  I’d come a long, long way from requesting a Cesarean at my first prenatal appointment to realizing how important a natural, unmedicated birth was to me and my baby.  Reading Peggy Vincent’s Baby Catcher (short stories from a homebirth midwife in California during the 1970s) helped to chip away at the paradigm of birth I’d held my whole life: one long, out-of-control rollercoaster of pain, trauma, and humiliation—on one’s back, in a bed, in a hospital, under direction.

Good God, I thought as I read this book, look at these women having babies in these absurd circumstances, on their own terms, and, wow, how different each one is!  These women weren’t checking themselves into institutions to be delivered of their babies by strangers.  They were actively giving birth to their babies.

That was something I very much wanted to do.

When I was confronted, then, with what seemed like the door slamming shut on my natural birth plan, I decided I had to know if waiting just one more day was a possibility.  It could mean the difference between a painful, invasive induction and something more peaceful.  That Saturday afternoon, I managed to get in touch with a midwife who agreed to see me for a second opinion. 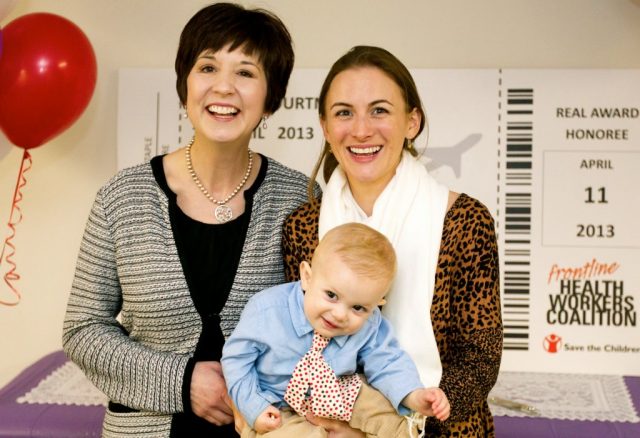 Melissa examined me with a care, patience, and gentleness I’d never experienced in a medical setting.  I saw her wince at my own sharp intake of breath.  She explained everything she was seeing and feeling as she saw and felt it.  Then, she talked to me for almost half an hour about my options, folded her hands, and waited for my decision.

It was almost too much for me.  I had literally never been placed firmly in charge of my own body by a health professional.  There were no scare tactics or ultimatums; it was simply, “Here’s the information—all of the information.  Now what shall we do?”  It was the first time I’d really been given that sort of responsibility.  The dynamic was so different from anything I could remember having experienced with a care provider.   This woman wasn’t there to manage me.  She considered me capable and worthy of making my own decisions.

Most of all, though, Melissa showed me compassion.  She saw a human being in distress, not a liability risk or a scheduling problem.  I needed help and she was able to help, and that was all that mattered.  The value she placed on my body, on the sacredness of my first birth, and my right to make my own decisions carries forward to this day.

On that day, it was the respect she showed me that gave me the courage to make probably the most important decision I’ve ever made.  I left the provider who gave me only one option, for the provider who allowed me all of my options and showed me compassion and respect.

It was after dusk when I got home from that appointment, and I went into labor before dawn.  I went back to Baby Catcher for more courage.  A note in my journal from that morning reads, “Thoughts: All the women who have done this before me.”

Ten hours later, I gave birth to my baby, naturally and unmedicated, no complications. Melissa caught him.  I pulled him up to me and cut his cord.  It was the single most strengthening experience of my life.

It wasn’t so much that I gave birth “according to plan,” but that someone in what I perceived as a position of authority handed my power back to me.  A midwife showed me that the choice was mine and always had been. I have carried that new feeling of trust in myself into parenting and even into a new career.

I decided after that day that every woman should have that opportunity. Birth matters. Our introductions to our babies matter.  Our bodies have value.

No one should ever stand in the way of a woman coming into her own strength as a mother, in the act that makes her one.

This article was originally published elsewhere in 2013.  It’s a little outdated, but we thought it was worth a reshare on this International Day of the Midwife.