“One Year Ago Today”: An Origin Story

I went into labor just before dawn on a Sunday morning.

Almost immediately, my contractions were too close together for me to track.  I spent some time in deep concentration (between vomiting spells and position changes) until I was sure that it was time to go to the hospital.  My doula wasn’t so convinced, so we agreed to go straight to my midwife’s office instead, just across the street from the hospital. Sure enough, I was almost 7 cm dilated—and when my water broke all over the exam table, I’d only been in labor a little over six hours.

At the hospital, I labored silently in a birthing tub, watching little flash dreams in my head and worrying that my skin was getting pruny.  I loved how the tub gave me space to be alone, a little distance from the concerned and kind faces of my midwife, doula, and faithful sister-in-law.  I decided I was going to give birth in the tub, even though I wasn’t “supposed” to. I thought with a grim little smile as I tentatively pushed, I’ll just say it was an accident.

And then—suddenly I realized I couldn’t possibly push out a baby.  How on earth was this giant belly going to be relieved through that tiny canal?  No, it didn’t make sense. Back out of the tub I came. As I leaned against the hospital bed asking for an epidural, I felt as if my brain were splitting in half.  One side said, “I hate this! I’m not doing it! It hurts too much and I refuse to do this any more!” The other side said, “There’s no going back. There’s no way out of this except through it.  You must do this.” And my doula said, “You are ready to quit? Ah. It’s time to push.”

Henry arrived about 45 minutes later.  I remember clasping his warm, slippery body with my hands to bring him to my stomach—his cord was too short to go any further.  I cut the cord a few moments later, and he was placed on my chest. I lay there in shock, unmedicated but stunned, unable to process what had just happened.  Ten hours earlier, I’d been sleeping peacefully on my sofa under the glow of the Christmas tree.

Something else happened that day; there was another birth.

It was the birth of a personal mission to effect a change in the way pregnant and birthing women are treated—both medically and as human beings.

You see, just the day before, another midwife–my first one–had called to say that I needed to come in that evening for an artificial induction of labor.  I was getting too close to 42 weeks for her comfort, and even though I technically should have had another day, the hospital’s only opening was that night. Plus, her shift was ending.  Who knew what would happen to us if she weren’t there?

It’s hard to explain all of the thoughts and feelings this triggered in me.  I knew a medical induction in a first-time mom doubles her chances of a c-section, with all the associated risks of harm to her and her baby, and I didn’t feel like we’d tried hard enough to exhaust the alternatives yet.  I was devastated that I wasn’t even going to get the chance to try for the natural birth I’d hoped for, but I was confused, too. I felt rushed and pressured, even though there was no emergency. Something wasn’t right, but I wasn’t sure what.

Thanks to what I can only call the magic of Christmas, I found another provider that day who was willing to see me for a second opinion.  She treated me gently and expertly, and then she agreed to take me on as a patient—both of us knowing that I was going to have a baby one way or another within the next 48 hours.  She did something no one else had yet done: she laid out my options—all of my options; she explained the benefits and risks in detail; and she said, “Whatever you decide, and however long it takes, I will be there.”  And she was, the very next afternoon. 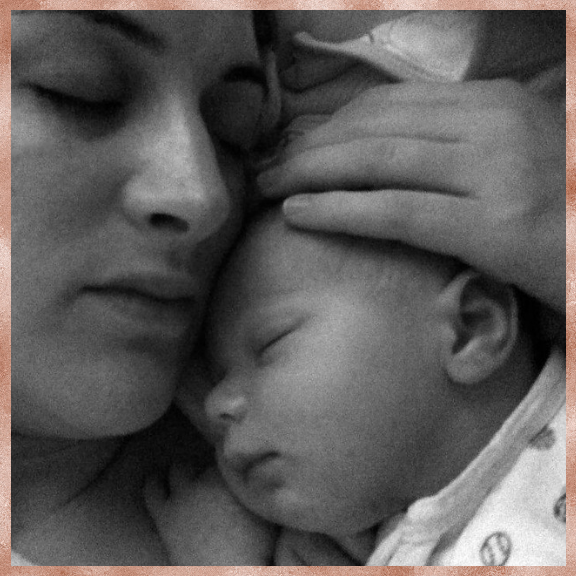 No one should have to choose between their baby and their provider.  I shudder to think about what might have happened had I gone in for that induction, with all the possible complications, and knowing full well the #1 priority in that Labor & Delivery room wasn’t me or my baby.  In finding a provider at the last minute who did prioritize us and practiced evidence-based medicine, I got lucky.  Too many women don’t.

In the one year since that day, I’ve joined the national leadership team for Improving Birth and the committee working to bring the global Human Rights in Childbirth campaign to the U.S.  Committing to this cause is one of the easiest decisions I’ve ever made. It’s an equation of right and wrong.

It is wrong to gamble with the well-being of mothers and babies, because of outdated, provider-centered, defensive medicine.  It is wrong for a critical bodily process to be treated as a commodity and something to be forced into bankers’ hours.  It is wrong for pregnant women to be handled like cows in a factory farm and not like the individuals they are.

It is right for pregnant women to be respected as the final decision-makers on their care and the care of their babies, for that care to be based solidly on proven, research-based practices, and for them to be given full, accurate, unbiased information so that they can make those decisions.  It is right for their bodies to be treated with dignity during this mentally and emotionally charged process.

Until what’s wrong is made right, I will be advocating for a new standard of evidence-based maternity care, supported by the basic human right of a woman to decide how and where she gives birth.  All thanks to the sweet little boy born one year ago today—the little spark that ignited a flame.

This piece was originally published in December 2012, written for Improving Birth during my time there as vice president.  The text has been slightly edited for publication today. – Cristen