Ep. 12 – A Lawyer on “State-Sanctioned Rape” of Arkansas Midwifery Clients 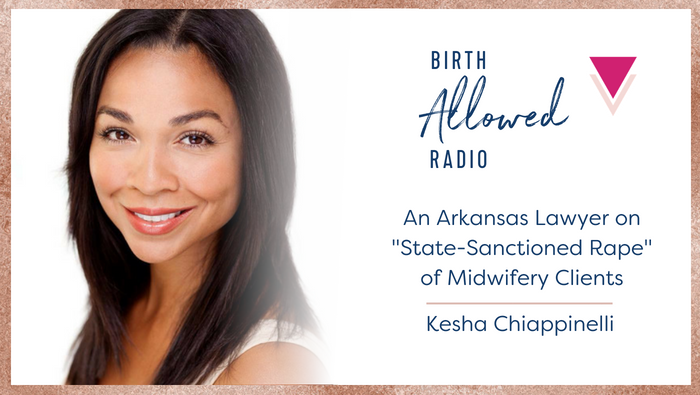 In this episode, Cristen speaks with Kesha Chiappinelli, an Arkansas lawyer who represents consumers working for better midwifery regulations.  Right now, for example, the law requires a number of vaginal exams for home birth midwifery clients–something Ms. Chiappinelli describes as “state-sanctioned rape.”  (The regulations are similar to what is described in Arizona: Mandatory Surgery or Forced Vaginal Exams.)

SEPT. 2017 CONSUMER ALERT: The Arkansas Department of Health will hold a public hearing on September 21, 2017, at 10:00 a.m. in the Auditorium of the Arkansas Department of Health, 4815 West Markham Street, Little Rock, AR in conformance with the Administrative Procedures Act, Ark. Code Ann. § 25-15-201 et seq. It is proposed to revise the Rules and Regulations Governing the Practice of Licensed Lay Midwifery in Arkansas pursuant to the Administrative Procedures Act as amended, and by authority of Ark. Code Ann. §§17-85-101 et seq. and Arkansas Code Ann. §§20-7-109.  A draft copy of the proposed revisions is here under the heading “Midwifery.”

Interested members of the public can submit written comments no later than 8:00 am on September 21, 2017 via