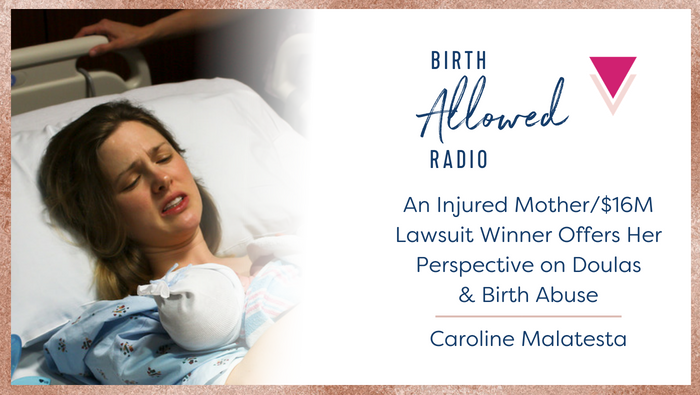 “Brookwood is my Brock Turner”

In this episode, Cristen speaks with Caroline Malatesta, the Alabama mother who won a lawsuit against her hospital after she was permanently injured in a “wrestling match” with her nurses during childbirth–in a place that promised support for unmedicated birth. One piece of Caroline’s journey that she has not spoken about publicly before is how, in the aftermath of the assault, her doula and the local doula community responded to her. It’s an important perspective from a birthing mother and doula client.

“It became crystal clear to me that doulas weren’t interested in talking about my abuse, much less associating with me. After all, the relationship with my abuser was too important. This is where the trauma begins and the counseling begins, is that…. I was expecting the exact opposite. Because I naively thought doulas were advocates for women, for birthing women, not advocates for hospitals. And it stung really badly. I felt incredibly isolated and alone because of that response. And I’ve never really got over it. And frankly it almost silenced me and stopped me in my tracks right there.” – Caroline

Listen on SoundCloud or iTunes