Ep. 22 – “My Injury is Forever and a Lifetime” | Kimberly Turbin 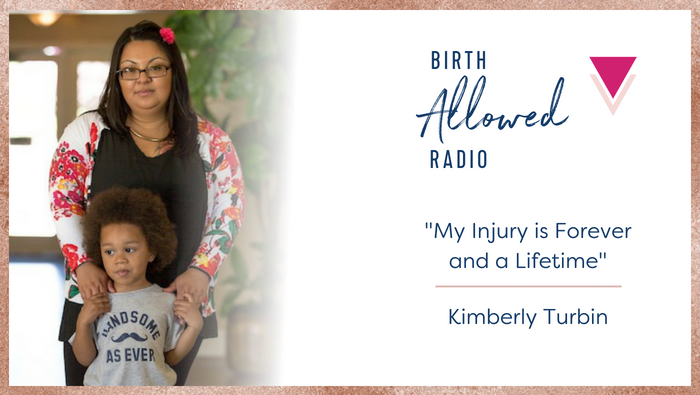 Kimberly Turbin made headlines and history when she sued her doctor for assault when he gave her a medically unnecessary and botched episiotomy during the birth of her child. The case was resolved in 2017, but Kimberly is still dealing with the effects of the assault. In this episode, Kimberly recounts not only her experience, but the aftermath of the trauma she experienced in 2013.

“I posted the video just to see if I was crazy or not.”

The video of the birth, posted to YouTube, ended up connecting Kimberly to a community of people who have supported her, and who she has supported, with the continuing process of her trauma. Her medical diagnoses, which included vulvar spasms, dyspareunia, vulvodynia and Post-traumatic Stress Disorder, still cause considerable pain. Unfortunately, the drugs that help the condition are both expensive and make it hard to parent or work.

“My injury is forever and a lifetime.”

In the medical community and beyond, there’s a tendency to disbelieve women’s pain. When Kimberly tries to warn medical professionals that she has been through both sexual assault and birth assault, they tend to feel attacked instead of sympathetic.

It has changed the way she interacts with the medical community – even eye doctors – and it has also affected the way she parents.
But Kimberly doesn’t want anyone else to feel pressure to respond to birth trauma the way she did. The process was and is challenging; the fact that the lawsuit was resolved does not mean the trauma is resolved.