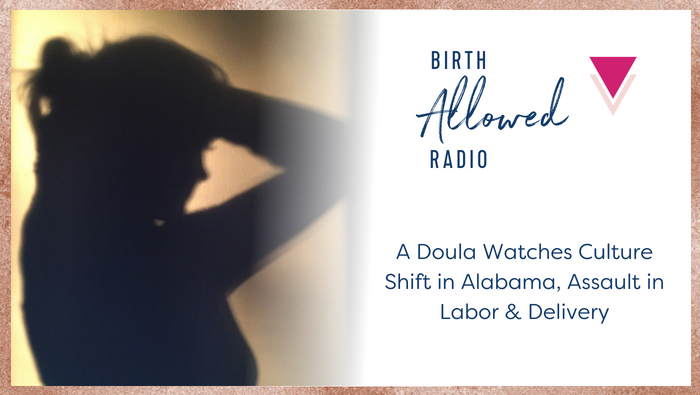 **TRIGGER WARNING** for description of assault of a laboring woman

In our fifth episode, Cristen speaks with an anonymous doula in Alabama who describes the cultural shift that is happening there slowly, but where women are still largely disempowered from making choices among a full set of options.  While things have improved over the last decade, there are still the doctors who tell women they will die if they attempt to have a natural (unmedicated) birth in the hospital.

The doula says, “I think that’s the message that gets thrown out a lot: ‘You’re broken.’  Most of the time when that happens, generally moms switch from a more self-directed path to a more managed path. . . . They become more stressed, more fearful. .  . . If you’re looking at it from the perspective of, ‘I want this woman to do what I want her to do,’ it’s a really effective message, saying, ‘You’re broken.  I can fix you.'”

More information on the Malatesta v. Brookwood case, mentioned in the show: